Ruby Conf Taiwan 2012 is so amazing I have to write it down.

ihower had been inviting Matz, the creator of Ruby to Taiwan for the past three years. And finally he made it this year. Matz arrived Taiwan early, since it was a great opportunity to meet Matz in person so we hosted a meetup party with Matz the day before the conference. 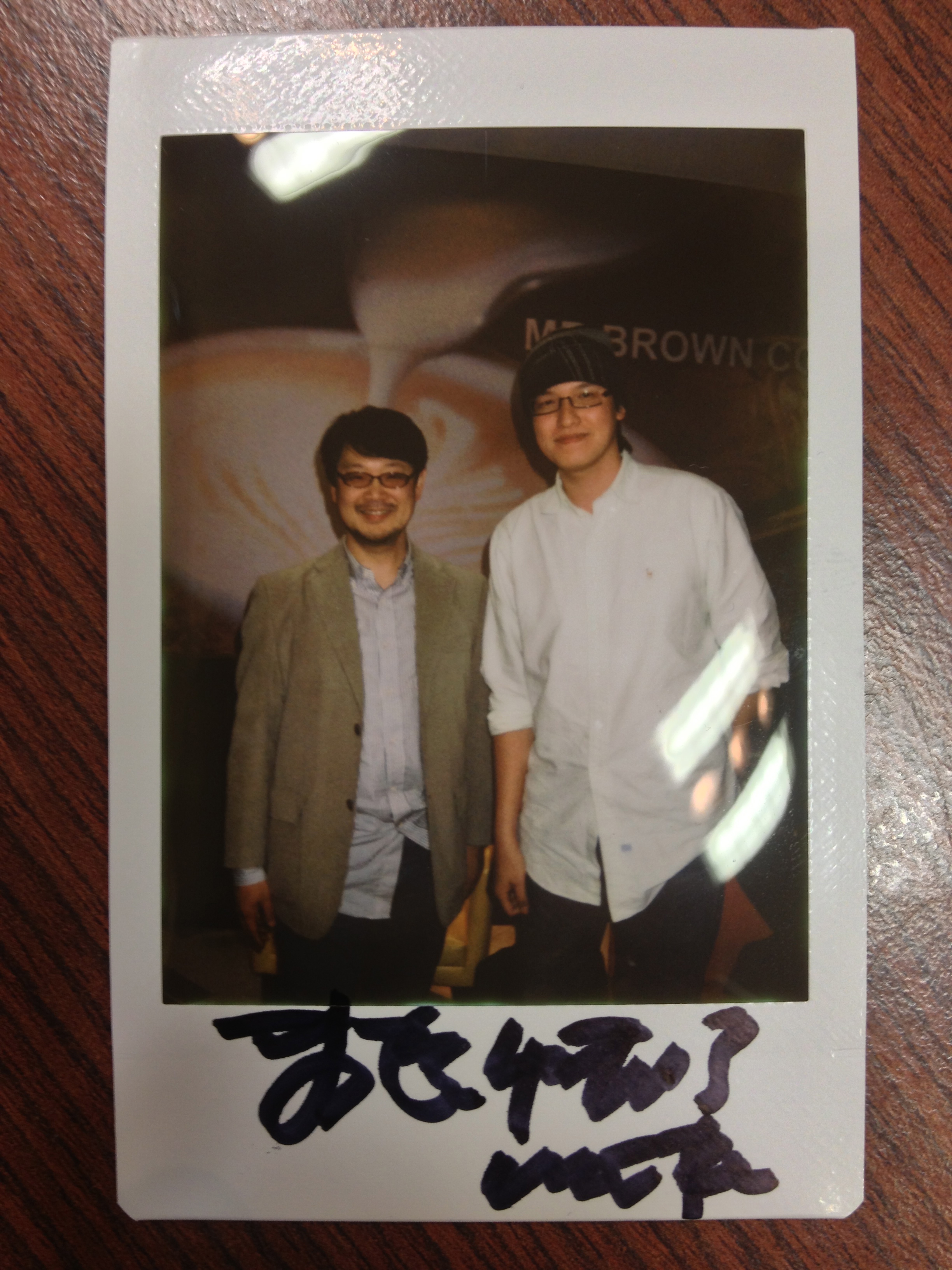 The location of Ruby Conf 2012 is not at Acdemia Sinica as usual, but at Tianmu Convention Center. This is the first time we host a conference here. The facilities were ok, but the wireless routers were not in good conditions, we have to get Internet via 3G. The place came with a very good restaurant, we had buffet for lunch here, it was so delicious. But the seat here were not very comfortable for talls like me.

The hall is not too small for a international conference, also not too large to interact to speakers. I think it’s quite nice.

The first session of day 1 was Matz and of course it’s nice. And then Wei Lu from Singapore shared about pair programming, she’s a tactful speaker. The most surprising was the mruby talk by Jserv. He talked about why his team choose mruby and go to details about ARM optimization of mruby followed up a attractive live demo, even Matz enjoyed his talk:

“I didn’t expect for this kind of mruby information.”

High percentage of attendances and speakers were foreigners, so most of the sessions were gave in English. In my opinion this was a great way to welcome foreign friends as a international conference.

I went to official party at day 1 night, I don’t usually drink so I planned to go there just to meet some friends. But at the end I drank until the club was closed.

This was a great event to meet new people and old friends from every places in the world.

I asked Matz in the party, “You have been to lots of Ruby confs, and this is the first time you come to Ruby Conf Taiwan, what do you think?”

“Ruby Conf Taiwan is a relatively small conference compared to other conferences, but it’s high quality” he said. And I asked about if he would love to come next year, he gave a confirmation answer.

It’s a great honor to hear Matz says this, well done for ihower and Ryudoawaru.。

I was very excited about sessions in day 2: “devOps toolbox” by dlackty will talk about chef, and thegiive from Yahoo Taiwan will talk about puppet. I’ve been studying these 2 devOps frameworks and couldn’t decide which to use. After their sessions, I discussed some of my questions with them.

The talk of Gosuke Miyashita from Japan also introduced lots of interesting things, for example, their anti fork bomb patch and SSH router implement. I was impressed by paperboy & co.

Joseph Ku gave a talk about RubyMotion. As a iOS develop and a Ruby develop, I was also interested in RubyMotion but I didn’t really dig into it because the lack of information and documents on the internet.

Ruby Conf Taiwan 2012 was so good, even people from other countries agreed:

“It had been a long time for me to be asked questions and discuss about optimization of Ruby core in conference, Taiwan is very good.”

I think the sessions were nicely chosen. The variaties present the possibilities of Ruby as a programming language. Not only attendances learnt a lot, speakers also interacted with each other.

ihower said they picked topics very carefully, they didn’t accept your proposal just because your a sponsor. I think it’s smart to keep advertisement of sponsors from keynotes, the quality of conference is the most important.

It’s fair to say that Ruby Conf Taiwan 2012 is the best techical conference I’ve ever been to. Thanks to the efforts of ihower, Ryudoawaru and all the staff.